Spring in other dialect

I must write down this Chinese verbal example that I heard while having breakfast in a market-cum-hawker centre before I forget. The reopening of the market place near my house in Jan. 2014 after it underwent renovation for nine months was a relief, especially for people like me who wanted a fast and nutritious breakfast before going to work. Breakfast is never complete without a glass of hot coffee or hot tea in good old Southeast Asian style. 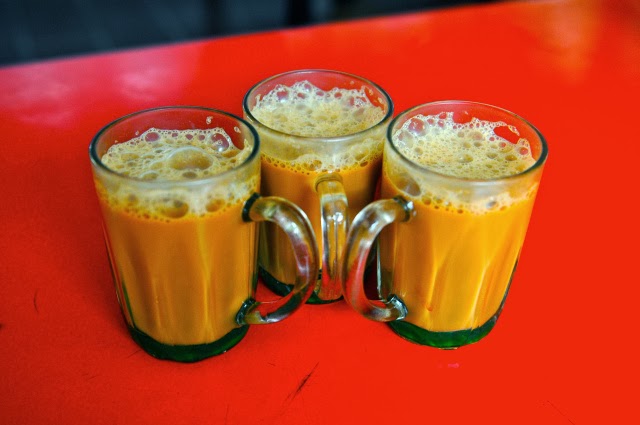 Hot tea served in the heartland coffee shops in Singapore
The image is taken from http://beverageclub.wordpress.com/


As I was sipping my tea one working morning, I overheard the guy serving me coffee talking about somebody acting in a silly manner by sticking the Mandarin word 春[chūn] meaning /spring/ in English on the back of the wok. As some background information, it is perfectly fine to see this Chinese word stuck on the doors and in selected corners of a Chinese house to symbolise the arrival of spring for ushering in Lunar Chinese New Year. (Spring is a symbolic concept in a tropical country like Singapore) It is a traditional as well as a current practice for invoking the sense of festivity by putting up red strips of spring- and fortune-related Chinese words among many Chinese household in Southeast Asia. 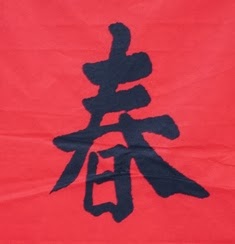 According to the coffee seller, however, sticking the Mandarin word /spring/ on the wok at the hawker centre is not a good commercial-cultural strategy, not least the word is also sound symbolic to the word /chuun, tonal marking excluded/, which means /remain/ in Hokkien, another Chinese dialect spoken in Singapore, Malaysia and some parts of Indonesia. Playing by a Hokkien ear to the Mandarin /spring/ in a food business context would simply beget a possible situation whereby the food prepared for sale will remain as leftover in the stall. The three patrons including me had a hearty laugh while eating our breakfast, paying little interest to the validity of the cultural hypothesis, at first.
Instantaneously speaking in Hokkien, one male patron responded in a rather logically manner that it would definitely be the accurate move to stick the word in the kitchen at home, for at least there would be leftover every day. Of course, having leftover is not a good practice in the critical eyes of a nutritionist who would be insisting on all the meals served fresh. However, to a common Chinese mind, (cooked) food available in a kitchen is a sign of abundance and indexical to some form of basic happiness with hunger kept at bay.
While I am not sure if anybody would pay too much attention to the cultural semiotics underpinning the traditional practice of putting up auspicious Chinese words, I bet nobody in a normal mindset would dare to stick an inauspicious phrase or evil-sounding word at home, in the car or one's bedroom. We did have popular rock bands singing out loudly unauspicious words in their songs and in the case of one rock group, the lead singer wound up in a self-inflicted tragic ending.
The moral of the lesson is to offer good words to our loved ones no matter how redundant or insignificant they may seem to be at first. I remember seeing loving words in the Christian households, religious reminders in the Malay households, encouraging words in my hostel mates’ rooms and, of course, wealth-related words in Chinese commercial sites. There must be good reason if not symbolic-semiotic reason to be surrounded with good words in whatever language that speaks to our heart and soul.