When it comes to proper comma usage, the advice out there can range from complete avoidance to complete saturation.

I once heard a professor of English say, "Commas are a complete mystery to me, so I just leave them out." At the other extreme, almost all of us have heard at least one time or another, "Every time you take a breath, put a comma there." If you do not want to avoid commas completely but also want to avoid complete comma saturation, here are a few guidelines that will help you decide where to put that confusing little squiggle.

1) Know Your Clauses
If the word "clause" scares you or only brings up images of Christmas, then you may first need to ask yourself how you know when a sentence is a sentence. Though there are always exceptions, a sentence is a group of words that contain a subject and a (conjugated) verb that together express a complete thought.
If your group of words fits this description, you have an independent clause. What, you may ask, is a "complete thought?" This is where your feeling or intuition plays a role; you just sense that it is.
If the group of words contains a subject and a verb but does not express a complete thought or cannot stand alone, you have a dependent clause. Dependent clauses often contain a dependent marker word, such as "because," "although," or "since."
If the group of words is missing a subject or a verb, it is considered a fragment.
2) Compound Sentences
You can use commas to separate clauses in a single sentence. If you want to combine two independent clauses, use a comma followed by one of seven conjunctions (and, but, or, for, nor, yet, so).

Groups of words that are not essential to the meaning of the main clause should be set off by commas. These would include interjections, appositives (renaming a noun), and quotations.
5) Geographical Names and Dates
These are sometimes overlooked. Remember that a comma should separate cities from states, but they should also separate cities and states from countries.
Example: The Purdue Writing Lab is located in West Lafayette, IN, USA on the campus of Purdue University.

6) Now It's Your Turn!
Add Your Simple Comma Guideline (not rule) to Our Five Minute Lesson
Posted by Brady Spangenberg at 4:17 PM 11 comments: 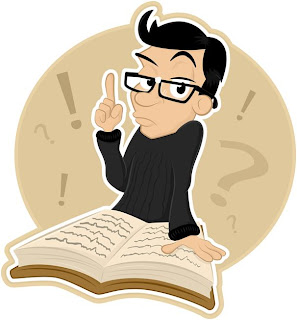 As Learning Advisers at the University of South Australia, we see lots of student work which has grammar errors ranging from minor to gob-smackingly enormous!

Usually the students are unaware of what they have done until it is pointed out.

Here are some common errors and some resources to help you overcome them.

Run on sentences.
Make sure you use full stops (periods if you are from the US). If your sentences have more than one main idea, then you should think about giving each idea its own sentence. Commas are not subsitutes for full stops (or periods). Learn to use both well. Click here to see how to construct your sentences to avoid this common error.

Consistent use of tense.

Sometimes, tense can move from present to past in student work and this diminishes the quality of the work.

The use of homonyms.

For example 'whether' or 'weather' Relying on a spellchecker just won't do!

Use of the article

Choosing whether to use 'a', 'an' 'the' can sometimes prove tricky, but luckily Purdue and UniSA have a few good resources such as Using articles: 'a' and 'the' or no article and A versus An or How to use articles (a/an/the)

It's important to get these right as it also affects whether you use plural or singular verb form in your sentence and also the article. Look at this excellent explanation from Purdue. These excellent rules will help you decide if a noun is countable or not. However, the rules do not apply in all cases so if you are still unsure be certain to check a good dictionary.

The best way to improve your writing is to practise and practise some more!

All the best from the Grammar Gang!

Send us your red pen sentences! 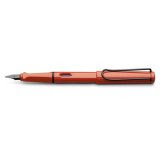 Luckily most people don't use red pen any more when they mark student work. Sometimes you might get a cross (x) or even nasty note in your margin and not really know the reason why.

Well here's your golden opportunity to vent your frustration and find out why your finely-crafted sentence was so red pen worthy.


Submit your sentence to comments, by:
The Owls and Possums will do their utmost to give you a solution (if we possibly can).
Remember: we've had the red pen treatment, too!

Brady, Susanna and Andrea
Posted by Andrea Duff at 4:32 AM 7 comments: