Have you ever wondered about the relevance of colours in metaphorical expressions? Colours seem to be an important component in the connotation of certain idiomatic references by means of collocation or compounding. Take for instance red herring, referring to facts that have become more of a distraction from the main issue. We cannot change the colour of the idiomatic reference to black, for example, as a black herring will not have the same connotations.

We also have the term black sheep which refers to a member of a group who is undesirable or has become a source of embarrassment. The opposite in terms of colour, i.e. a white sheep could not complete the pragmatic task if the original connotation is intended as part of one’s communication. In terms of financial stability, a film studio or modeling agency certainly would want to keep the golden goose (but not a brown goose) in the organisation to ensure a steady income flow. 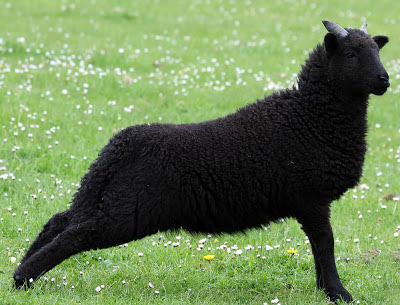 
When it comes to selecting a representative from the talent pool the manager might want to avoid the green horn in place of an old bird. At this juncture, I point out that there is an interesting comparison between English and Malay when the metaphorical horn is invoked in the reference. In Malay, we have the saying ‘sudah dapat gading bertuah, tanduk lama tidak berguna lagi’ which may be literally translated as ‘when one gets a lucky tusk, the old horn becomes useless’. The Malay idiom is used to refer to a person losing interest in the old flame or staff when s/he gets a new beau, or worker, who may well be the blue-eyed boy.
Red seems to be a popular choice in idiomatic expressions. Red tape refers to the official rules that cause a slowdown in the progress of any project. A more undesirable phrasing with red may sound like this: ‘a person certainly would not want be caught red-handed in a red light district after a couple glasses of red wine’.
Black is comparable in being a robust colour choice for metaphor expressions:  Businessmen are not supposed to import goods from the black market or they could end up on the blacklist of the business dealers.  Possibly, unscrupulous business may be categorised as the black shop literally among Chinese speakers. Like in English, the word black in Mandarin also connotes negative meanings, for a black shop or 黑 店 refers to a shop that sells low grade cut-price goods. Like the Chinese speakers, the Malays use black to refer to a triad or a secret society, which is 黑社会[hei she hui] in Mandarin and /kongsi gelap/ in Malay.  黑 [hei] is the Mandarin character for “black” and /gelap/ is Malay word for “dark”. And whenever the stock market crashes in Wall Street the news makers would describe the particular day with the colour black, be it a black Monday or a black Friday.
I hope to have convinced the readers that there is more to colours especially when they are compounded as a symbolic category in metaphorical expressions in many languages, for if I have succeeded in driving home the point I might be considered as a person with a silver tongue, although unfortunately I was not born with a silver spoon in my mouth.