Reading at three in a multilingual society

Jia Yi Chee is a three year-old girl born in January, 2010. She is the youngest growing up with three elder brothers. Literally speaking, she comes from a working class as both her parents are working full time, although her mother drives Jia Yi to school before work every morning. After the domestic helper left the family, Sheena, Jia Yi’s mother chose to put her daughter on a full day child care system. Currently, Jia Yi attends a multilingual childcare facility six days per week in the multilingual Pekan Nenas, a town in the state of Johor, south of the Peninsular Malaysia.


Among other things, Jia Yi has received books and a few sets of mono-word card after six months attending the childcare facility. In between dinner and breakfast, Jia Yi watches a lot of English and Mandarin cartoons on television. Television, once-called the idiot-box, is a surrogate baby-sitter.  Despite her ritual television viewing, Jia Yi enjoys reading. Her reading stimulations are the word cards, which display words in English, Malay and Mandarin that are arranged in random order. The following are her progressive reading outcomes based on selected word cards as her mental stimulants:

Table 1: A three year-old’s reading output in a multilingual society 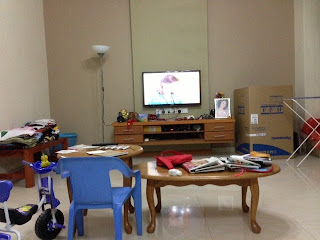 Jia Yi's favourite reading area (in front of the TV)


Initially, prior to the outcomes in Table 1, Jia Yi used to read in phrases: “I love you” for the word love, “good morning” for the word morning, má má for the mono-syllable word mother 妈 in Mandarin. Jia Yi has eventually corrected her reading output by tailoring it to a word-by-word reading pattern. This seems more like a reading detour if we believe that language development is not a word-based transformation.  Depending on one’s preference, one may look at formulaic language as part of psycholinguistic development (Alison Wray), emergentism (William O'Grady), nonlineal parallel processing as a state of mind (cf. Naomi Goldblum, among others), form-function construction as the cognitive process for language (Adele Goldberg), or core syntactic properties shared by human languages (Noam Chomsky) as our reference point(s).
The reading outputs contained in Table 1 were observed and recorded by the blogger who held the word card to Jia Yi’s face. The blogger said yes/good if Jia Yi has read correctly, nope if she has read wrongly, and offered the ‘accurate’ pronunciation if she has read the word on the card wrong for twice. 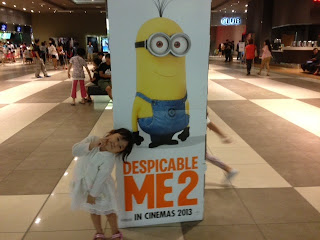 Jia Yi before watching a movie on a Friday evening
What is interesting is that Jia Yi has recurrent difficulties with verb-to-be such as /are/ in a different observation and personal pronoun /I/ compared to nouns such as /scissors/. She uses any of the three languages as a basis of her reading knowledge and attempts to correct herself in two other languages. Jia Yi mimics the pronunciation of a word in a third language when she receives a correction in a third language.
Based on the simple reading interaction with Jia Yi, there are four questions that this blog post would like to raise as its concluding remarks. Firstly, is word-for-word the right way to adopt in teaching reading to preschools? Secondly, do the children growing up reading in a multilingual setting require different sets of learning materials compared to the children growing up reading and learning in monolingual setting? Thirdly, should language learning begin with one language per each contact time in a multilingual setting, if not across all the learning settings? Lastly, do the language educators and policy planners understand the difference between children coordinating multilingual stimulations and children receiving monolingual stimulations well enough when they manage language acquisition in general and plan reading practice in particular?

I used to be so passive 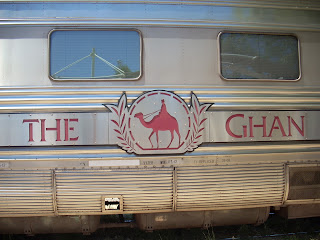 The passive voice is one that causes many problems for speakers of English as an Additional Language (EAL). This may be because it does not exist in their language, or because it is used differently. The passive voice, however, is frequently used in academic writing, especially in reports or in other situations where the action or outcome of an action are more important than the person who performed the action.

For example, it might be important to highlight people’s names in some cases, because you want the reader to focus on that information:

In other cases, however, you might not want to highlight the names, but you still want to include them:
Radium and polonium were discovered by Marie and Pierre Curie.

Alternatively, you could omit the names completely and concentrate on an action and the outcome of that action:
Radium and polonium were discovered in a shed.

(That’s true – you can read about it on the Nobel Prize website.)

Here are two more sentences:
The shed was falling down, so we had it repaired.
The shed leaked, so we got the roof replaced.

You might have noticed something unusual about these last two sentences. Most passive voice constructions use the verb “to be” followed by a past participle. However, it is possible to have a passive-type construction using “get” or “have”, as in the examples above (had it repaired and got the roof replaced). In these cases, “have” and “get” are followed by a past participle. They are called “causative verbs” and often mean that someone does something for you at your request.

There is also another construction which many learners of English are not aware of. It comes midway between the active and the passive, and is sometimes called the “middle voice”. This occurs with verbs such as “break” and “open”:

There are several hundred of these “ergative verbs” which can be used in the middle voice in English, and using them in this way makes a writer’s English sound more like that of a native speaker.

You can find a list of ergative verbs at the English for Uni website, together with exercises and a new video story. This story is called “Stolen on the Ghan”, and is set on the train from Adelaide, in South Australia, to Darwin, in Australia’s north. In addition to grammar detective Ms Parrot, the video features the singer Bobby Dylan and the film star Dizzy Delite, both of whom suspect that their necklaces have been stolen.

It is Bobby Dylan who sings the video’s opening song, with a mixture of active, passive and middle voice:

I encourage you to explore the passive voice and the middle voice, and learn more about ergative verbs. You might find the doors opening wide for you too!