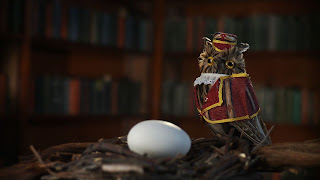 Do you have trouble using the words ‘a’, ‘an’ or ‘the’ in English? You’re not alone. These words are called ‘articles’, and although they’re easy for native speakers to use, I find that articles present huge problems for anyone who speaks English as an additional language. This is understandable when we consider that many languages don’t use articles at all.
The new Ms Parrot video will give you lots of advice on choosing articles in English.

To use articles correctly, learners of English have to decide whether a noun is used in a definite sense, with the word ‘the’, or an indefinite sense, with the words ‘a’, ‘an’ or nothing at all. Deciding whether a noun is definite or indefinite is very hard. The question of definiteness is an almost philosophical one, as what is definite for one person may not be definite for another. For example, if I refer to ‘the Dalai Lama’ or ‘the Pope’, we all know who I am talking about, as there is only one Dalai Lama and one Pope at a time. However, if I say ‘the Prime Minister’ I could be referring to many people and you would need to look at the context in order to decide who I am talking about. In Australia, the Prime Minister is currently Julia Gillard. If you live in another country, though, ‘the Prime Minister’ might refer to Dr Manmohan Singh, or Yoshihiko Noda, or Stephen Harper.
Even nouns used indefinitely are not without problems.

Some words are indefinite in English but definite in other languages. For example, I can say in English ‘I like chocolate’, but in French ‘chocolate’ would take a definite article: ‘J’aime le chocolat’. To make matters harder, ‘a’ is used before a consonant sound (not just a consonant), so that words like ‘uniform’, ‘university’ and ‘year’ take ‘a’, while ‘an’ is used with a vowel sound, before words like ‘egg’, ‘owl’ and ‘hour’. Uncountable (non-count) nouns (like ‘fun’) and plural nouns (like ‘games’) take no article at all when they are used indefinitely.

If you’d like more help with articles, and some practice exercises, visit this new website: www.adelaide.edu.au/english-for-uni. The website features the new Ms Parrot video, highlighted in the previous post. There is also a link to a video evaluation with the chance to enter a draw to win an iPod Shuffle.

Have fun learning about articles, and Thanks a Million for helping me to create the character of Ms Parrot!