Help us to help you

Don't forget to visit the Owl, Possum and Kiwi Helpnest to post your grammar question.   However, we have a curly one up there at the moment, and would really like some help.

Rajagond asks 'when to use to before you?'.   Can anyone attempt an answer or add some context so that we might help Rajagond? 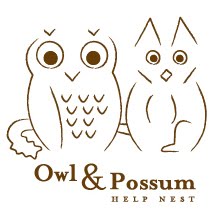 I speak English too. 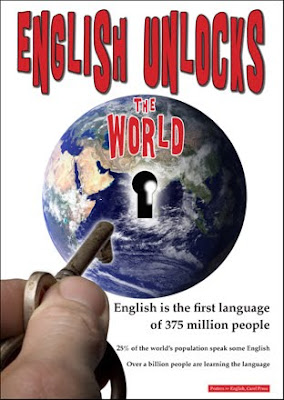 In this post we have invited a colleague of ours, Hyejeong Ahn from Monash University to share her thoughts about English as an international language.

In this era of globalization, English plays a central role in linking people who do not have a common language and enabling them to share their ideas and cultures. Traditionally, a good deal of emphasis in English language education has been placed on ESL/EFL students achieving native speaker standards of English.

However, native English teachers’ English as an ideal target for students to learn inevitably promotes the knowledge of the forms and functions of English that must be oriented to the usage from particular English speaking countries. It also reinforces the perception that all second-language speakers are incomplete or deficient in their communicative competence while striving for the target competence of idealized ``native speakers.” It is also misleading to view other, non-native speakers as deficient rather than different and show disrespect to such varieties and users.

Consequently, billions of bilingual speakers of English are always measured against the standard of a native English speaker and found to be ``incomplete” and ``deficient.” In addition, the imposition of an impossible target ― speaking like a native English speaker ― often leads to resentment and frustration in learners, instead of significantly improving their English proficiency.

U.N. Secretary-General Ban, KiMoon, a Korean English speaker, does not speak like a native English speaker. However, his intercultural communicative competency in English is greatly appreciated and recognized worldwide. According to the British Council’s statistics in 2007, nearly 80 percent of today’s communication in English takes place between billions of proficient bi- and multilingual speakers of the language. Many forms of English languages collectively called "Englishes," which have naturally arisen from the different linguistic and cultural needs of diverse groups of speakers, are used for international communication around the world.

English learners, therefore, also need to be exposed to and develop an awareness of a variety of English speakers in order to get the real sense of English speaking situations. If the goal of English language education is to help students convey their ideas and culture in English comfortably and effectively, it is vital for English teachers to promote nationwide intercultural communicative competence in English rather than aiming students to speak like ‘native English speakers’. English language educators and policy makers should stop insisting on monolingual and chauvinistic views which idealize ‘native speakers.’


We would love to hear your comments and experiences in learning English. Do you agree with Hyejeong's controversial view or not?

To get you started here is a clip found on You Tube which highlights the use of English as an international language - enjoy!


Posted by Susanna Carter at 11:09 PM No comments: