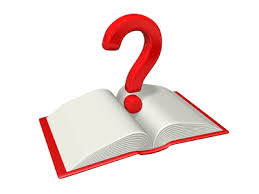 After a semi-hiatus due to hip surgery and the birth of my first child (a son!), I have found my way back to the wild world of English grammar. Today's post has less to do with grammar proper and more to do with word choice and style. Stringing words together in an acceptable order is one thing, but it is quite another to know which words create the best sentences and, ultimately, the best arguments. As a general rule, the more general a word is, the less meaning it conveys. "Many" does not have the same mathematical force as "hundreds," nor does "have" express as much as emotional attachment as "possess."

General words exist in all parts of speech, and it's nearly impossible to avoid them all the time (nor should you). There are general verbs, adjectives, and even nouns. Here, I am not advocating that you spice up your prose by using obscure synonyms from a dictionary. The meaning of "manifold" is just as general as "many." The purpose of this post is to remind you to do some thinking about what exactly you are trying to say and then to think about how to say it in the most concrete, non-abstract way possible.

Verbs
In earlier posts, I have already discussed ways to avoid general verbs. The main culprits are "do-everything" verbs such as "to be," "to do," and "to have." Another verb that writers often overlook is "to talk." Using "talk" in reference to what someone says does little to express how the person said it. Think of the phrases, "talk is cheap"; "just talking"; and "talk, talk, talk." All of these phrases suggest that whatever is being said is relatively insignificant. If you are looking for verbs to express human speech, focus on what the speaker is doing with his or her words rather than the fact that he or she is speaking. One example may be: "In her History lesson, Mrs. Ferguson connected America's founding history with Rome's."

Adjectives
I have already touched on the perils of using "many." As an instructor, I often see "many"-based sentence in introductory paragraphs. Sentences such as, "Many believe that oranges taste better in warm weather," provide little support to an overall argument. In fact, such general sentences often lead readers to ask more questions about the merits of the argument. How "many" believers are there, and how did this writer discover their opinions? In short, any time you can quantify, itemize, or categorize who or what you are talking about, you are well on your way to avoiding the trap of generality. This is why "hundreds" is so much better than "many." Here is a list of other general adjectives that are worth avoiding:

Nouns
When thinking about style, writers often overlook the negative impact that general nouns have on their writing. In this sense, using "something" is as good as saying nothing at all, because "something" specifically expresses an unknown quantity. I often see generalities appear in reference to people or groups of people. Even the word, "people," identifies absolutely no one in particular. Instead of "people," try to be more specific about your subjects. These "people" might actually be university students, coffee drinkers, or SUV drivers. Think about exactly who it is you want to write about and leave the people alone. Other examples include

persons, everyone, no one, these, kids, individuals, persons