Help Nest Feature 3: Can You/Are You Able To Do This? 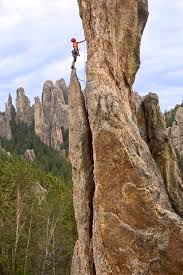 This post addresses a question submitted by Olga in the Ukraine [hello over there, by the way]. She wanted to know if a meaningful difference exists between the modal verbs "can" and "to be able to." Olga specifically referenced these verbs in the simple past (could and was able to), but in this case what holds true for the past is just as true for the present and future. First, you might ask what a modal verb is, and what does it do? Like their name implies, modal verbs indicate modality, a linguistic term that generally refers to the speaker's attitude or perception regarding possibility or preference. Among other things, modal verbs indicate how possible an action is (can she do it?); how well the person likes the action (she likes to run); or what the ethical importance of the action is (she should/must/ought to run).

Here is a short list of common modal verbs:

Now, to Olga's question. Does a meaningful difference exist between could and was able to? The general consensus seems to be no with a few exceptions. In many cases, these two modals can (are able to) be substituted for each other without altering the meaning one bit. See, it's just that easy! However, you can take a few differences into consideration when searching for the "right" one.

1) can is shorter than is able to. It requires fewer short, choppy words, so it conveys your point more easily. Simply put, can is an easier, quicker, and therefore more attractive alternative.

3) can does not imply tangible results (resultative), so in these situations, is able to is more appropriate. The sentence, "I ran so fast, I was able to catch the bus," shows the result of your running. If you were to substitute could in the second clause, it would not make sense.

So, Olga, should you continue marking your students' papers wrong if they use could instead of was able to? Yes, in two specific cases. If you are focusing on style and smooth prose, could often presents a better alternative because it is shorter and does not involve that lame, general verb "to be." If, however, your students are writing about results (one thing caused something else to happen, and that something else was enablement/ability to do something), then they should and ought to use was able to.